How To Excel In STEM Subjects 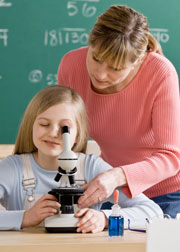 Barbara Oakley flunked her way through high school math and science courses and didn’t start studying the subjects seriously until her mid-20s. Now, she is a professor of engineering at Oakland University in Michigan. Drawing on neuroscience and cognitive psychology, as well as techniques from top teachers in the STEM (science, technology, engineering and math) fields, Oakley examines how people learn – and why many struggle with – these disciplines in her new book, “A Mind for Numbers: How to Excel at Math and Science (Even If You Flunked Algebra).” She recently shared some tips with U.S. News for learners of all ages. Excerpts:

What was your own experience with math and science?

I was so horrible at math and science growing up. I thought there wasn’t much good about them. I got into the military and learned Russian. I ended up eventually working as a translator on Soviet trawlers up in the Bering Sea. The engineers I worked with were really good problem solvers. They could do things and think about ideas that I couldn’t even handle. And then I realized that my fascination and interest with language was actually just a love of getting new perspectives and looking at different cultures and ways of looking at things. Why didn’t I try something like learning the new language of math? It became this sort of challenge – a challenge that was additionally motivated by the fact that there were a lot of open doors if you could retrain yourself.

What are some misconceptions about learning math?

One of the biggest that cripples students is that they feel if they sit down to solve a problem and they can’t figure it out right away, then it must be that they’re stupid and that they just don’t have the gift or the knack, as they say, for STEM disciplines. So they wash out. Everybody learns at a different pace. You just need to step away for a while to allow other neural networks to get in place. To build good, solid memory structures that you can access in a flash … you need a little bit of practice every day, instead of massive cramming sessions at the end of the week or right before a big test. There are actually physical changes that take place in your brain as you’re learning these new ideas, and that can only take place bit by bit.

What are some other ways that people can approach learning these topics? 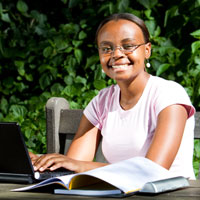 When you look at a math book and you’re not very good at math, research shows that the pain centers of your brain actually activate. There are two ways to get around that. Work through the pain, and it’ll actually disappear in like 20 or 30 minutes. [If you’re a procrastinator,] set a timer and start working on a task without thinking on it. That, as it turns out, is a really effective way of coping with procrastination.

How do we make STEM fields appeal to more people?

Show the natural connection between the way you learn in the humanities and the social sciences and the way you learn in math and science. Before now, there’s sometimes been an unintentional disconnect where people just think, “Oh, if I’m learning language, that’s really, really different than learning math.” But it actually isn’t. Part of the reason I now so love math is I can have an appreciation for the deep metaphors and analogies that mathematical equations provide. In fact, many of the ways that I used to study language to very good effect were exactly the same mechanisms I used to learn math and science.

What lessons could parents or teachers take away from your book? 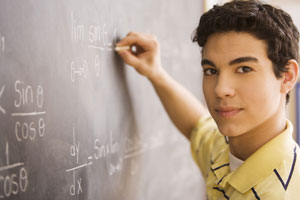 Many things, like the idea that learning math and science is so much like learning a musical instrument, and it just needs a little bit of mental practice every day. For parents who want to help their kids, understand these ideas of stepping back during times of frustration. A lot of times they don’t know how to explain why that’s important to kids.

What’s your take on new education standards like the Common Core?

There’s much to admire about the Common Core. There are also, I think, quite legitimate criticisms, so it’s going to be interesting to see what falls out of that. Part of the reason I fell off of the math bandwagon so early on was that we moved – my father was in the military so we moved all the time. Not only did I not have an interest, but then when we moved from Texas to Massachusetts, I was suddenly half a year behind. That kind of thing wouldn’t happen with Common Core, at least theoretically, so I think that’s a good thing.

What’s your big message for “mathphobes”?

Don’t just follow your passions; work to broaden your passions, and your life will be so greatly enriched. [Math] was so difficult for me, but it didn’t have to be. If I’d just known then what I know now about learning how to learn, I could have made it so much easier on myself. And so I really want to open doors to help make it easier for others.